The first calendar of the DMGP provided 5 different dates.

The last leg of the championship is now canceled due to the covid situation in Georgia.

After 4 round, the championship is now over! 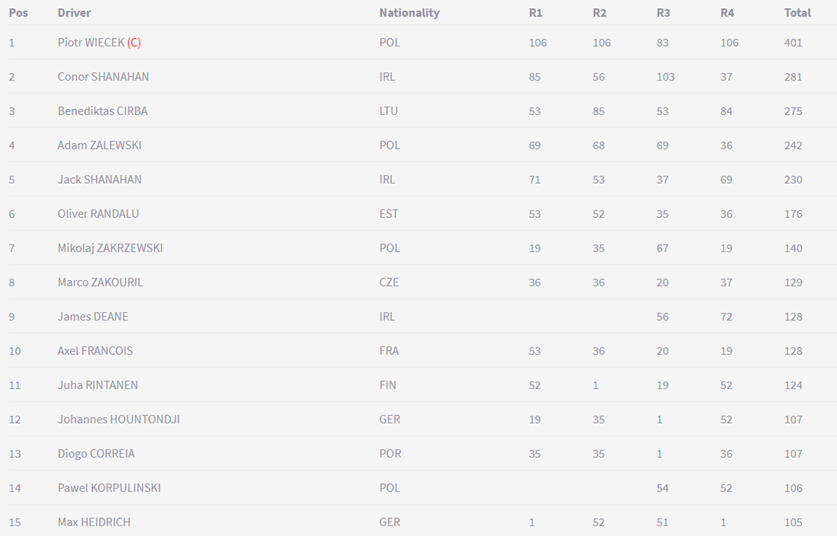 The start of the season was very nice with a qualification at the 6th place (on 32) and a nice score of 91 for the first round of the season in Austria.

The mechanic suffered a lot and Axel managed to change the gearbox on Friday night.

On Saturday Top32, Axel fight against Robert Zamecz. After a clean leader run without any mistake it was not the case of his opponent.

As chaser, Axel made a clean run without mistake and advanced to the next round! What a start!

For the Top 16 battle, Axel will run against his friend Marco Zakouril.
On his leader run, Axel was once again really clean and push his opponent to make a mistake (one wheel off the track).

Unfortunately, Zakouril cannot join the start line for the second run as he broke his suspension.

Top 8, the battle begin between the 8 best European drifter.
Axel will run against Piotr Wiecek!
The first run as a chaser is not easy and Axel made a slow start, he did his best to maintain the distance but the polish man is flying with his 2JZ S15.

For the second run as leader, Axel made a really nice run, no mistakes but Wiecek was closer of Axel and win the run.

Piotr will finally win this round!

With a nice score of 85, Axel qualified Q12 for the second round.

On the first run, Axel made a perfect leader run with an amazing perfect line.

On the chaser run, Reichert is really fast with his BMW E92, Axel was not too far and the judge ask to see another battle between those 2  meaning a One More Time (OMT).

Axel manage to take lot of speed and his experience leads Axel to a clean run.

As chaser, Axel needed more speed. New tire on the car makes the car really fast, The start was perfect and Axel managed an early start for more proximity.

Before the technical zone, the 2 cars slow down, what’s happened? Michal went out of the line and stop the car drifting, Axel could win the duel now, but the car break down!
The transmission axle is totally wrecked and the judge request another OMT, during this time the car is going to be fixed, are we able to replace the complete axel before going back on track?

Answer is yes! The car is ready on track for the last OMT!

Axel made a clean leader run. Thanks to a good start, Axel got an impressive pace on the second run.

Axel advanced to the next round, thanks to a nice chaser run with less error than the opponent. The skills was the key of this run!

Top 16 against Benediktas Cirba and another BMW M3 E92.
Axel will start as chaser, Cirba made an awesome lead run, the car is very powerful. Axel maintain the distance.
Leader run start, Axel is still on a good pace and the car is better and better.
Axel made a great leader run with less mistakes than Cirba but on the 2 runs, Cirba is closer and advance to the next round.

If you remember, Axel went to Riga last year without being able to drive the car.
The timing belt was faulty and the time to part out the car and put all parts back into the engine bay the qualification was over for Axel.

This year, the car is well prepared! Friday qualification on a wet track, Axel skills made the rest, Q14 with 79 pts on a new track.

The track knowledge is really important and run after run Axel is more confident.

Car is ok, the rear suspension was changed after a contact during training.

Let’s start the Top 32 round of the Saturday againt Oliver Randalu.

Randalu is at this time ranked 6th of the championship, Axel is 7th!

Axel don’t start well his leader run and is out of the line, Randalu is really pushy with his BMW E36, the car is really fast.
Randalu’s line is not great neither, let’s see the second run of the round.

Randalu start as leader, fast as usual. The line is not awesome and Axel is following him.
2 meters before the arrival line, Axel made a mistake and spin.

He’s out of the race! Really unfortunate as Axel could pretend to at least a OMT!

The car was touch during the spin, and the front knuckle is cracked, we have to change it before the second race tomorrow.

Sunday, car is fixed, let’s start the morning training. You have to know that once a race car is throw away off the track, the car is rolling on tire remains and it’s sticking on the tire.

When Axel made some acceleration to join the start line, he also make some left to right steering movement to remove the tires remains.

Unfortunately, a tire part went into the timing belt and the pulley and damage the distribution.
We part it out and fond the tire part, clean it out and put all the parts back on the car, a good way to start your Sunday 😊

Qualification start and we feel the lack of confidence of Axel on this track, he cannot brake the car again and drive with more precaution to keep the car on track.

Only 24th of the qualification session but still alive.

The Top 32 round will be against Korpulinski who did a great Saturday finishing 4th overall.
Axel start the car and prepare himself, suddenly the car stopped.
Axel tried to start again and nothing happened.

We directly check the fuel pressure, fine.
We check the ignition, all is fine.
We try to start the car by feeding it thru the air filter, it’s going but not enough to keep the engine turning.
No injection! We discover later than the MAP sensor was faulty and so the ECU is blocking the injection.

A Sunday to forget!

Finally, Axel is 10th of the overall and could manage to be qualified on all round, last year he only performed 50% of qualification.

Let’s fight for the Top 5 next year? 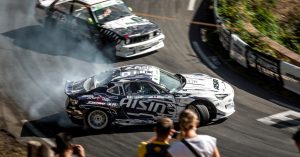 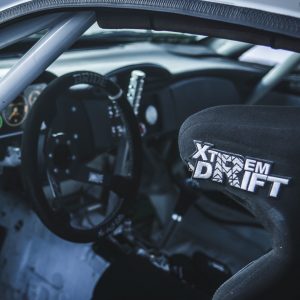 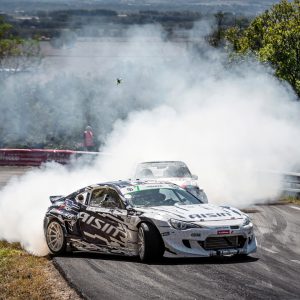 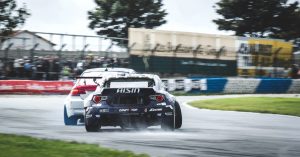 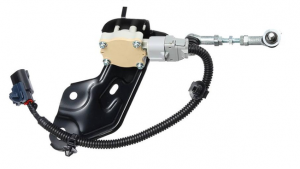 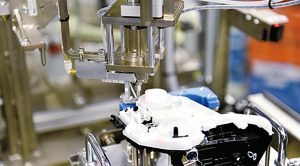 AISIN brings you the Excellence