The story behind the development of the internal combustion engine piston

“ART” A piston for Toyota’s turbo engine after a two-decade interval.

A challenge to catch up with trend in Europe, “engine downsizing”.

Develop a piston that tops the competition in all properties.

“Engine Downsizing”
Engine downsizing means to use a small engine that provides the power of a larger engine, through the use of recent technologies, e.g., a turbocharger or supercharger. It is the result of car manufacturers attempting to provide more fuel-efficient vehicles, often to deal with more stringent regulations.
The concept had been around for some time, though; Volkswagen is credited for the shift towards smaller engines in Europe with its Golf launched in the mid-2000s that introduced the TSI turbocharged petrol engine.

Meanwhile, domestic auto manufacturers lagged behind the trend.
It was Toyota that took the initiative, by developing a turbo engine, technology that they then put on hold for more than two decades.
It so happened one day in 2012 that Art Metal Mfg. was reached by Toyota, at the time, looking for a new piston for its turbo engines.

A piston is a core component of a reciprocating internal combustion engine.
The performance of a piston can be rated by seven elements that affect the engine as quoted:

“1. Output & Torque; 2. Fuel Consumption; 3. Emissions; 4. Reliability; 5. Noise and Vibration (N&V); 6. Cost; and, 7. Weight.
Meeting specifications/regulatory values, e.g., output, fuel efficiency, is just a fundamental requirement to do with exhaust performance.
A piston must be designed to micron-level precision in every aspect. A 10-gram increase in weight of a piston affects all of the other parts and, eventually, the weight of the engine may increase some kilograms.”

New engines are developed in large projects that, typically, take a minimum of three years and, if you count the initial phase, a total of five years.
In the early stages, auto manufacturers do not disclose models they plan to put a new engine in, to their suppliers. They specify the target power level of the engine.

Use of iron-aluminum alloy technologies fostered in diesel engine pistons

The information that Toyota disclosed was: “It’s for an in-line 4-cylinder turbo engine with a displacement of 1998 cc. The initial target output is 175 kW (238 PS).”
“To outperform competitors in all of the elements, including the specified output, was what they required of ART.”

That meant a piston capable of withstanding ever higher pressures and thermal loads.
The answer the project team came up with was to cast an wear-resistant ring made of Ni-resist cast iron alloy into the piston.
“ART had extensive expertise in casting different metals to aluminum alloys from their manufacturing of pistons for diesel engines.
We had never tried the technique with gasoline engines but knew, to top the competition, we had to in this case.”

An alloy containing iron is heavier than aluminum.
A piston is a component of reciprocating engines that slides up and down in the cylinder.
One thing to remember is that a gasoline engine can reach speeds of 6,000 rpm or over, much higher than that of a diesel engine.
The slightest increase in weight of a piston will affect all of the other engine parts.

To make it lighter, the initial drawing from the designer was based on a technique called “down gauging”, which removes the unnecessary portions of a component that have no effect on the performance of the piston.

Applied the technique of a “windup toy” to achieve geometry complexity.

The production engineer of the project took a look and found what was in it was something almost impossible unless a dedicated, new, and probably very expensive equipment would be allowed.

Down gauging an upper, lower, right, or left portion is a common technique, but taking out a diagonal portion in the location that is inside the component to be cast out seemed beyond the bounds of physical possibility.
Some may have seen a windup toy. Some automotive parts ART had produced utilized that concept of splitting one part into several sub-parts.

He recalls, “Let the mold have seven subsections, one of which, for instance, goes downward by 10 mm, then the rest moves diagonally. That works to cast a more complex geometry.
With improved structural and dimensional precision of the mechanism, the machines available there, without any change in machinery specifications, were good enough to deal with that elaborate geometry.”

Another challenge was there.
The piston head has three distinctive upright crescent walls.
They are designed to optimize the combustion when the fuel coming from the injector hits the walls.
The incline angle of zero degrees, i.e., upright, is important towards achieving the desired combustion efficiency.

“That was another challenge.
We needed a minimum 5˚ draft angle; otherwise, scoring would scar the wall surfaces.
But, from repeated simulations of prototypes, it turned out eliminating the incline in the walls would result in a significantly reduced rate of exhaust.
We wanted to be a part of a high-performance engine. So, we decided to go with zero degrees.”

He continued, “Machining that portion in a subsequent process was an option. But, to do that, at least another three machining centers were required.
That meant more cost and less productivity.”
Then again, they applied the technique of a “windup toy.”
They changed molds to draft subparts into the drawings. No change was needed for the cylinder cast machines.

Chosen for the Lexus NX challenge continues for another 5kW

It is quite common, in the early phases of engine development, that changes are made to bore diameters and combustion chamber geometries.
Changes in those, of course, lead to changes in piston design.
Production began 36 months after the project kicked off in full-scale, with all technical, engineering targets solved and target values achieved.
In July 2014, a new 8AR-FTS turbocharged engine with ART’s pistons was mounted in the Lexus NX.
Right after, Toyota came to ART with a request: “We want to increase the output by another 5 kW.”
Toyota had a plan to launch subsequent models with higher power.

One of the project members said, “The new engine for which we did the best is now out there on the road. And now, we have to create another that outperforms that one.”
Initially targeted 175 kW (238 PS) was successfully achieved.
The next challenge was an additional 5 kW, i.e., 180 kW (245 PS).

“The current one withstands the required output but does not meet the design criteria.
The easiest way is to change the geometry of the piston, say, make it thicker, for increased mechanical strength. But, that would increase the weight of the whole engine.
Another option is to change the formulation of the aluminum alloy, though that would take too long. Given the time constraint, that seems unpractical.
Changes in the wall thickness and material components at the last minute can add another round of performance evaluations from scratch.”

Develop a piston that tops competition in all properties

A member responsible for machining put forward the idea of employing FSR-K (Fine Surface Reforming), a coating technology ART developed.
Originally, the surface modification was devised to increase the mechanical strength of specific areas of components subject to both thermal and vaporization stress, e.g., diesel engine combustion chambers.
The team also leveraged the advantages of hard anodizing, an abrasion-resistant coating, that is, alumite treatment. The coating was applied to the second of three grooves for the piston rings, representing the first industrial use in combination with ring inserts.

“Our surface modification increases mechanical strength by 10% while preserving the geometry and physical properties of the substrate. So, the mechanical strength tests of the material are complete in one laboratory session.
The choice was also cost-effective. In the middle of the project, just a small addition enabled increased output. It was the right choice in the right place.”
Later, the 8AR-FTS turbocharged engine was expanded to the Lexus IS, RC, GS, Toyota Crown, and Toyota Harrier.
Since 2017, ART’s products derived from the expertise in the 8AR-FTS are on the new Camry developed under the Toyota New Global Architecture, or TNGA, the global automotive player’s platform designed to strengthen the cars’ core components and improve every vehicle’s driving dynamics.

We are always ready because we have all the resources we need.

Outsourcing the design and production of production equipment or molds is commonplace.
When asked what the advantage of inclusive manufacturing is, the chief of the project said,

“Among all, we can offer everything customers need, from mold design, how to cast parts, thickness adjustment, and more because we have task forces working on the design and fabrication of molds and production equipment. We are always ready to form a project team.
Production involves various processes, for example, heat treatment, coating, machining. With all these within our reach, even if trouble happens, we can pinpoint the cause and take immediate action like design changes, which typically takes weeks if outsourced. Sometimes we have all these done within a day.
Having all the resources in-house reduces costs and increases customer satisfaction. We receive a lot of positive feedback from customers for our quick actions with prototyping and needed changes.”

Then, he continued,
“We are proud of our efforts to keep providing better products despite cost and time constraints.
The design and production engineering sides occasionally have different perspectives.
I’m a strong believer that a conflict is a place of opportunity. The members had hot debates, were convinced, and moved forward together. That really was a rewarding experience.”
“Pistons come in thousands of variations; each represents a package of enthusiasm, efforts, discussions, and conflicts for better performance.
That’s where we find real joy.” 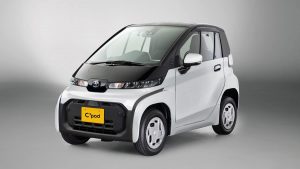 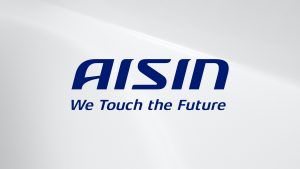